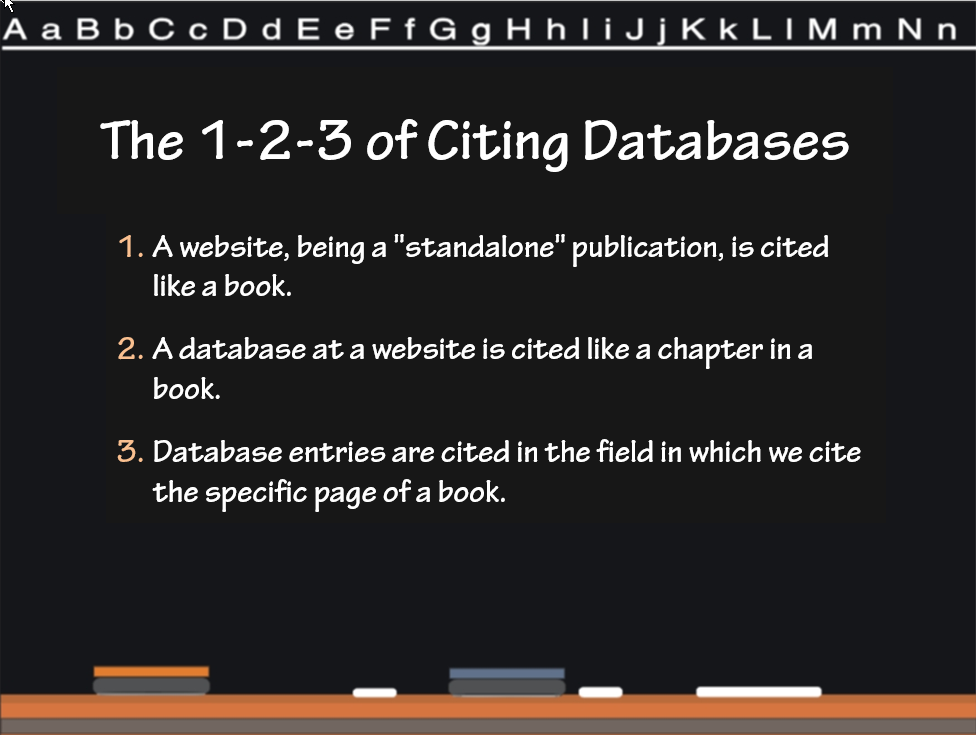 "I'm totally confused about citing online images," he wrote. "Why do some cite ARK numbers, some cite paths or waypoints, and some cite neither?"

In the 20 years since we published our first guide to citing historical records,1 we’ve learned something well: If one person is confused about something and musters the courage to ask, there are thousands more who won’t ask. So, instead of answering our perplexed friend privately, we’re doing a public tutorial here.

Citing online digital images is complicated because of three things:

When you cite an online image copy of an original record book or original file—whether it's provided by FamilySearch, Ancestry, or any other entity that did not create the original record—you have at least two different things to identify. Each is a separate part of the same “citation sentence.” We refer to each part as a “layer" within the citation, and each layer is separated by a semicolon.

You might also have a Layer 3 in which you report whatever the provider gives as the source of its source. How to handle that issue is not part of this QuickLesson. We have already addressed it elsewhere.3

Citing the items in Layer 1 has its own complications, depending on the type of record we have found, EE’s chapters 3–11 discuss all that with separate chapters for different types of historical records (censuses, courthouse property records, military files, etc.)

How to cite the providers in Layer 2—the website, its database, and the exact location of the image of interest—is the purpose of this tutorial.

With some image databases, the providers are super helpful. In addition to the image, they give us a search engine in which we can type our query. Then they deliver results in the form of a (a) list of hits; or a (b) “typed” page with abstracts4 or extracts5 from the document that show details about our item of interest. We generically refer to the detail in both types of hits as a “database entry.”

Data provided by a database can be cited easily. The basic rule is this:

Following this rule gives us a basic pattern for citing online databases:

“Name of Database in Quotation Marks,” type of database material, Title of Website in Italics (URL=Place of Publication : date of publication or access), exact item of interest.

Some databases with images also have a simple structure that can be cited with this same pattern. All we have to do is change the description of our item of interest:

FamilySearch, over the past few years, has used two kinds of so-called "persistent identifiers" called ARK and PAL:6

You can see actually the terms "arc" and "pal" in the URL; so you know you are dealing with a persistent identifier that (a) will take you directly to the page of interest; and (b) optimistically will not develop link-rot.

When we add the data that Point 3 calls for, we describe this as adding a “path” with “waypoints” to lead us to the image of the exact record we have cited in Layer 1. Sometimes the path is very short. Let's take the the Oklahoma example, above, and place the path and its waypoints in their appropriate position—the last field of the citation, where we normally put our "item of interest."

You will notice that each waypoint is introduced by a “greater than” sign (>), which tells us “the unit that came before this sign is greater than the unit that comes after this sign.” The two waypoints in this example are

Path Citations without ARK or PAL

Many collections digitized online at FamilySearch (and now Ancestry, as well) are organized in a more complex fashion that creates numerous waypoints to cite, each of them nested inside of others.

The second layer of that citation, where we identify the provider and its database, looks like this:

The boldface used above reflects two alterations from the format in the Oklahoma example.

You will also note that the path in this St. Libory citation is much longer.  To get to the specific image in this database, we have 5 waypoints to identify—five menu items through which we drill down to the image of interest. We cite these from the biggest to the smallest:

When we combine this citation to the provider (our Layer 2) with the Layer 1 citation of the actual source, we end up with this layered citation:

This example assigns a different font color to each of the two layers. From this you can easily see a critical point:

Some website providers such as Ancestry are not currently using ARKs, PALS, or numbered collections. Even so, they may have complicated databases that require us to cite the path and its waypoints. EE’s QuickSheet: Citing Ancestry Databases & Images (2d ed., 2017) provides this example for creating a Layer 2, when citing a ship’s crew list:

The actual URL Ancestry generates for the image is this: 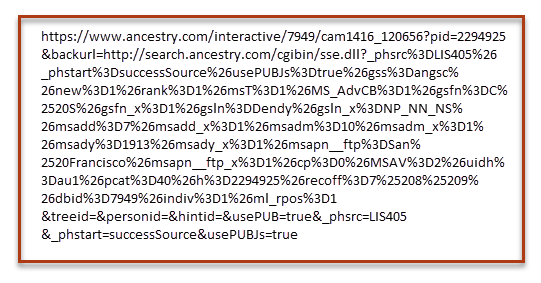 Citing all that would be foolish.8 Yes, we could use a site such as Bitly to shorten the citation. Or, more simply, we could just cite the short URL to Ancestry's home page:  http://www.ancestry.  There we can query for the database, after which we have three waypoints to follow:

When we add this Layer 2 to our citation of the original record (Layer 1), the result is this:

In the twenty years since we published our first guide to citing historical resources, technology has made it so much easier to access the records that are our lifeblood. At the same time, it has also complicated the one part of research that makes most people cringe: citation.

Source identification is now more complicated. What was once just tedious is now often baffling. Yet, the very fact that historical records are being processed in so many different ways—ways that can change their content, their legibility, and their dependability—makes it all the more critical that our citations identify precisely what we have used.

The old concept that "We cite sources so others know where we found our stuff" isn't good enough for reliable researchers. We know that the real reason for investing this effort is to ensure that we use the most reliable sources possible. We accomplish that by carefully studying what it is we are using and recording enough details that we can accurately evaluate reliability any time we have conflicting information.

The tedium of citing materials as random as historical records will likely always exist. But the task does not have to be baffling. If we take the time to learn basic patterns and to understand why variations exist, we can construct our own source identifications even when EE or one of its QuickSheets is not at hand.

2.  If you aren't convinced of this point yet, see "It's What You Don't See," Ancestry Magazine 27 (May/June 2009): 34–35; archived at Google Books (http://bit.ly/2uLMrJr).  This article features images of census pages from Manchester, England, 1861—showing before-and-after photo enhancement by Ancestry. What was utterly unreadable became quite readable under a combination of infrared, ultraviolet, fluorescent, and incandescent lighting and a skillfully modified camera.

3. For a tutorial on how to handle the source-of-our-source element of a citation, see "The Source of the Source, of Course, of Course," blog posting, Evidence Explained: Historical Analysis, Citation & Source Usage (https://www.evidenceexplained.com/quicktips/source-source-course-course : posted 6 March 2015).

4.  Abstracts in a notetaking context, are a condensed version of a record, preserving all important details in original sequence. An abstract may contain verbatim extracts from the record, in which case those exactly copied words are placed in quotation marks.

5. Extracts are portions of text quoted verbatim out of a record; they always should be enclosed in quotation marks when integrated into an abstract or other piece of writing. (Most online databases will extract data without quotation marks.) Unlike a transcript, an extract does not represent the complete record; but it is more precise than an abstract. For a tutorial on the differences between various other types of derivatives and research notes, see "QuickLesson 10: Original Records, Image Copies, and Derivatives," Evidence Explained (https://www.evidenceexplained.com/content/quicklesson-10-original-records-image-copies-and-derivatives : posted 28 July 2012).

7. Amid changeovers of this type, researchers immediately wonder whether they need to go back through their own research databases or notes to revise each citation that is affected. FamilySearch at this point reports that the PAL links will remain "permanently" operable.

8. EE user Robert Laurens offers other suggestions for parsing and shortening these long Ancestry URLs; see his responses to the thread "Using Permalinks in Citations," begun by K Britanik in EE's Citation Issues Forum, under dates of 9–13 March and 20 April 2017.

“I’m totally confused about citing online images,” he wrote. "Why do some cite ARK numbers, some cite paths or waypoints, and some cite neither?" In the 20 years since our first guide to source citations was published, we have learned one thing well ...