Help! How Do I Cite This Oddball Census?

Our questioner had just stumbled upon the Industrial Schedule of the 1860 U.S. census. An oddball? Well, as you can see from the image below,1 it certainly doesn’t look like the census we typically consult when we set out to identify Americans of the past. 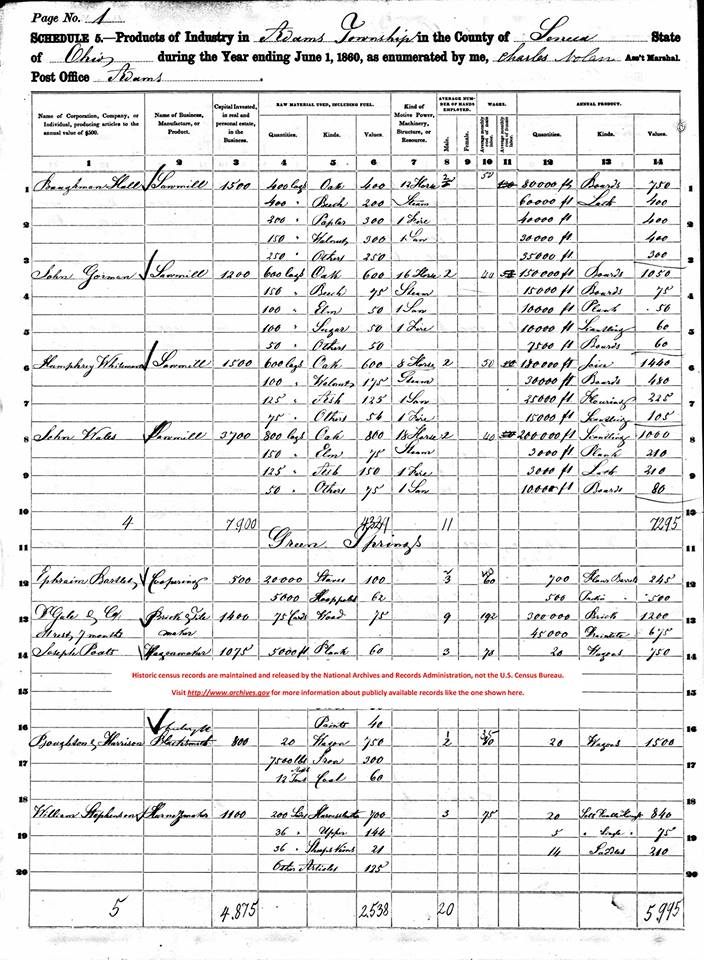 But, no, it’s not an oddball. It’s just one schedule of the census that the U.S. government took in 1860. In fact, multiple schedules were the norm for most of the nineteenth century—especially from 1850–80. Each type was designed to gather different types of data. Across the nineteenth-century the U.S. Census Bureau used

Citation-wise, the type of census schedule is not a big issue. We have one basic format for citing censuses conducted by the U.S. Census Bureau. When multiple schedules exist, we use the same basic format for each of them. All we have to do is change the word that identifies the schedule. For example:

The bigger issue is this:

EE’s chapter 6 provides a tutorial on all types of censuses—church censuses, federal and state censuses, special censuses taken by government agencies other than the Census Bureau (no, the censuses of the Bureau of Indian Affairs are not the same as the Indian schedules of the Census Bureau) and more.

Images 2 and 3 below—the first two pages of Chapter 6—provide an overview of the chapter's coverage. Are you using all the different types of censuses that are available to help us in our research? 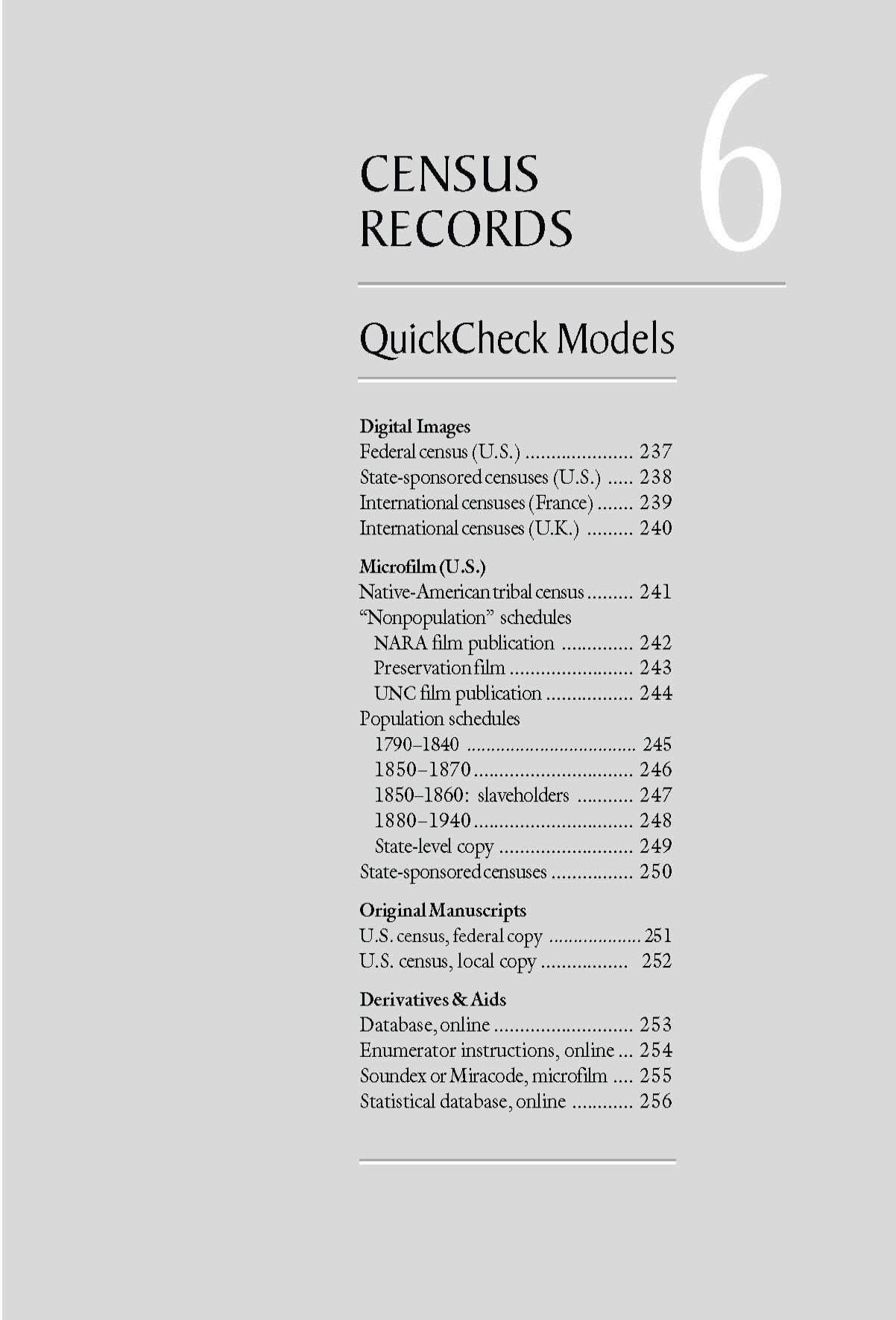 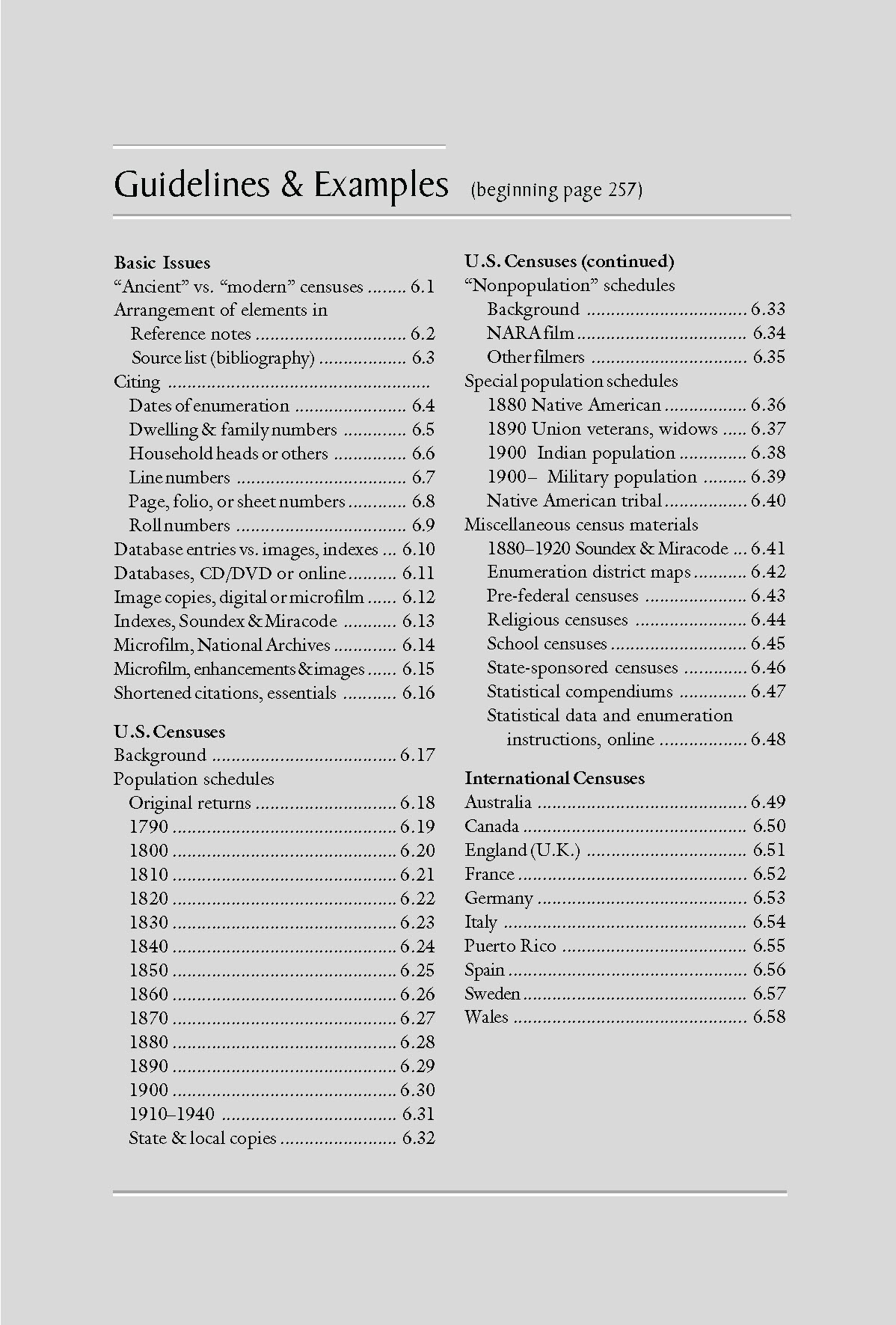