A teaching tool for researchers just came across EE's desk. To paraphrase: The tool asks whether a needed record exists. Then it instructs: If it does not exist, you now have negative evidence.

To quote that section of the QuickLesson:

The girl-child who came to be known as Babé was baptized at New Orleans on 21 June 1755. As typical in her time and place, she was named by and for her godmother, Marie Barbe Josephe Dessein:1 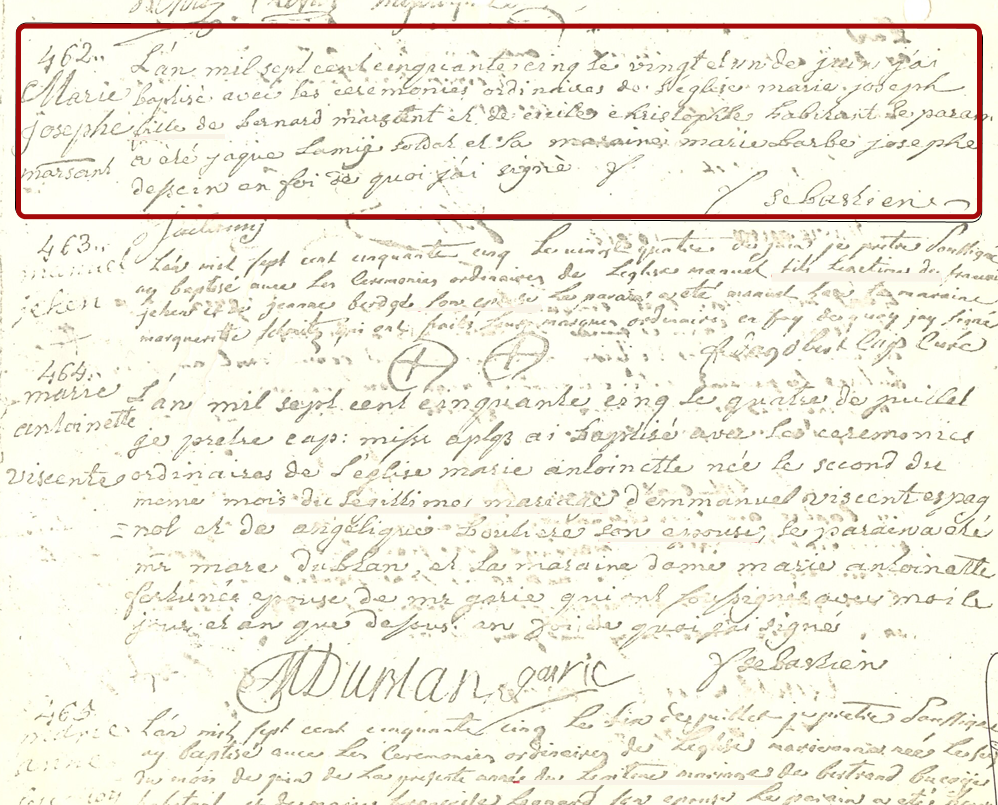 The year one thousand seven hundred and fifty five, the twenty-first of June, I have baptized with the ordinary ceremonies of the church, Marie Joseph, daughter of Bernard Marsant and of Cécile Christophle, resident [of this jurisdiction]. The godfather has been Jacques Lamÿ and the godmother Marie Barbe Josephe Dessein, in faith of which I have signed. Father Sebastien.

As with the dog that had remained silent amid the burglary Sherlock Holmes investigated,2 this document remains silent on a point critical to the reconstruction of any family unit. Our snipped image from the original register includes other entries on that page so you can compare the structure of the records. Even if you do not read French, you should be able to pick out the following points:

The word “legitimate” is conspicuously absent from the baptismal act for Cécile Christophle’s daughter by Bernard Marsant. By custom and canon, if the child’s parents were officially married (which, in colonial Louisiana, meant a Catholic marriage), then the sacramental record of the child’s baptism should call the child legitimate.

The absence of that word in the baptismal record creates negative evidence. As such, it does not prove that the parents were not married. After all, Father Sebastien could have been distracted while creating the record and merely made an error. Negative evidence is merely suggestive. Like indirect evidence, it must also be used together with other types of evidence to build a case or form a conclusion.

If you're curious about how this question ended, or about the life of one of colonial Louisiana's most irrepressible women, QuickLesson 17 offers many more details.