We love those published abstracts, don’t we? Those databases. Those quick, cheap, and easy sources that save us the time spent combing old records or the costs of ordering them. But, as with all love affairs, verify before you trust is a wise idea.

In 1932, Amy Lowry Worrell abstracted the early marriage records of Montgomery and Fincastle Counties, Virginia, dedicating her work to the William Preston Chapter, Daughters of the American Revolution. Generations of researchers have thanked her for her effort. Generations have cited her on their DAR applications. Publishing houses have reprinted her book at least four more times.1

In the years since Worrell’s work was published, Montgomery County’s original marriage bonds and returns have been microfilmed. Copies exist, among other places, at the Family History Library in Salt Lake City and the Library of Virginia, Richmond. Life took me to the latter this week with a to-do list that began:

Image the originals for these three Worrell abstracts:2

Was it worth the effort? You be the judge.  Evaluate the actual documents against the snippet from Worrell. At the end of the three sets of records, we'll recap the differences. 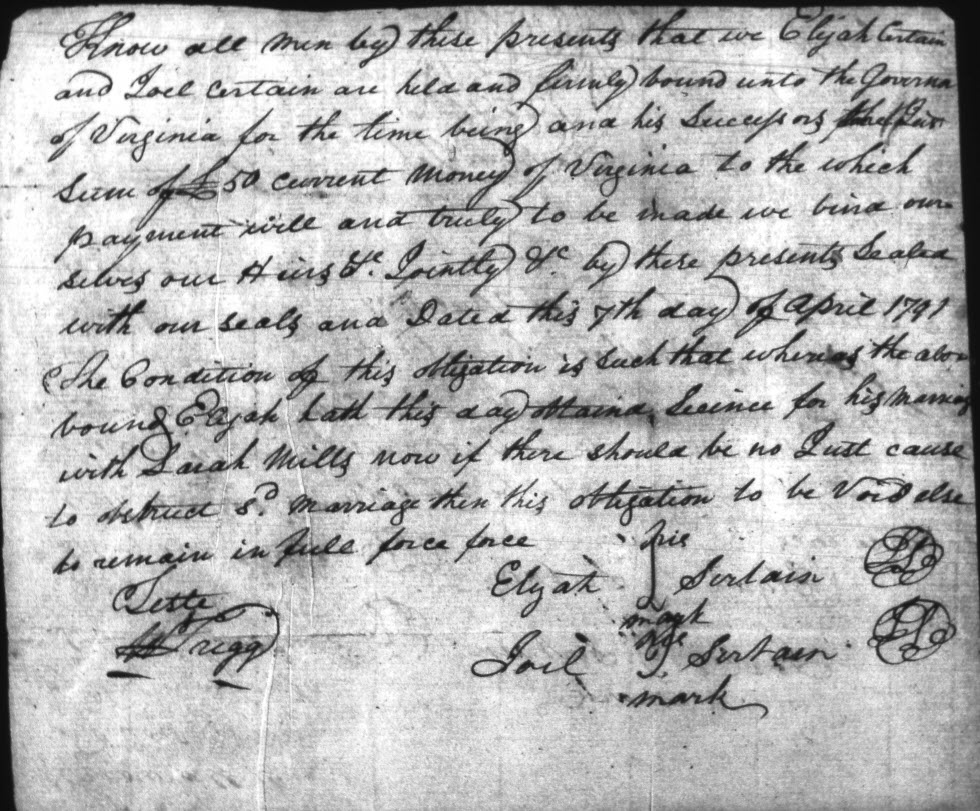 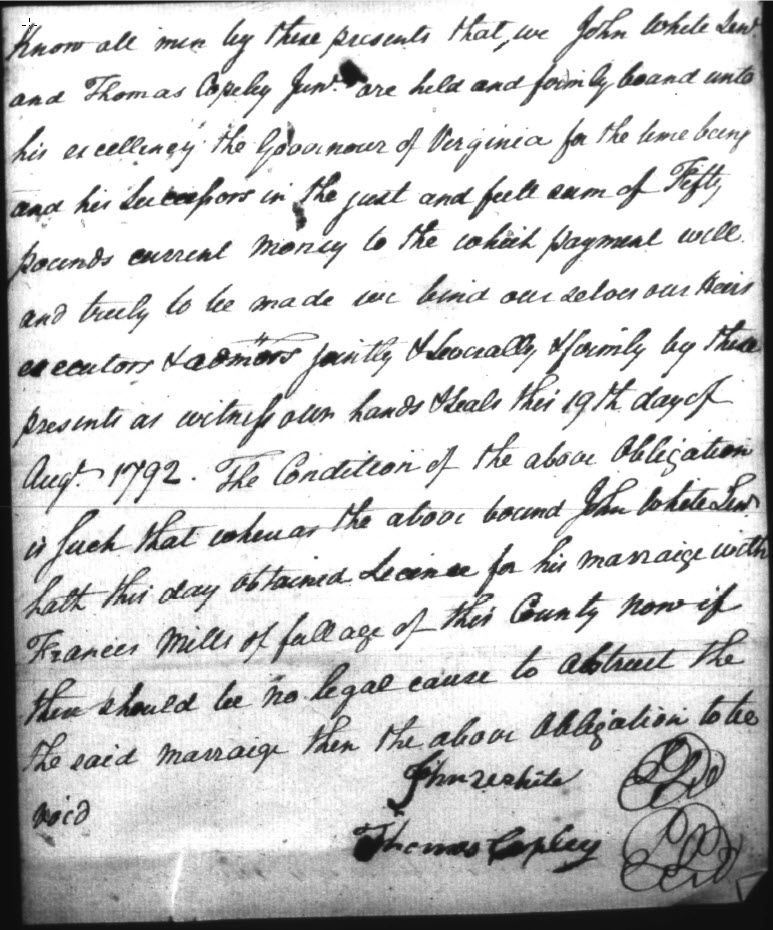 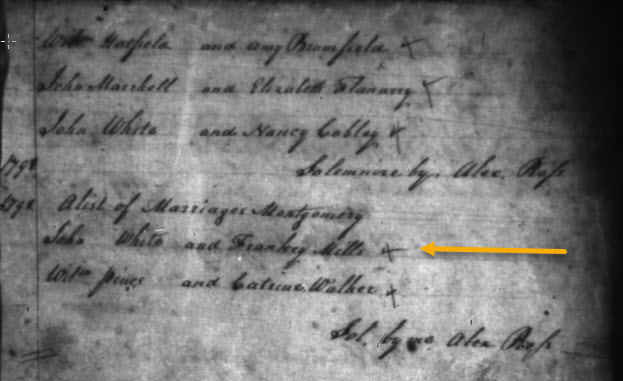 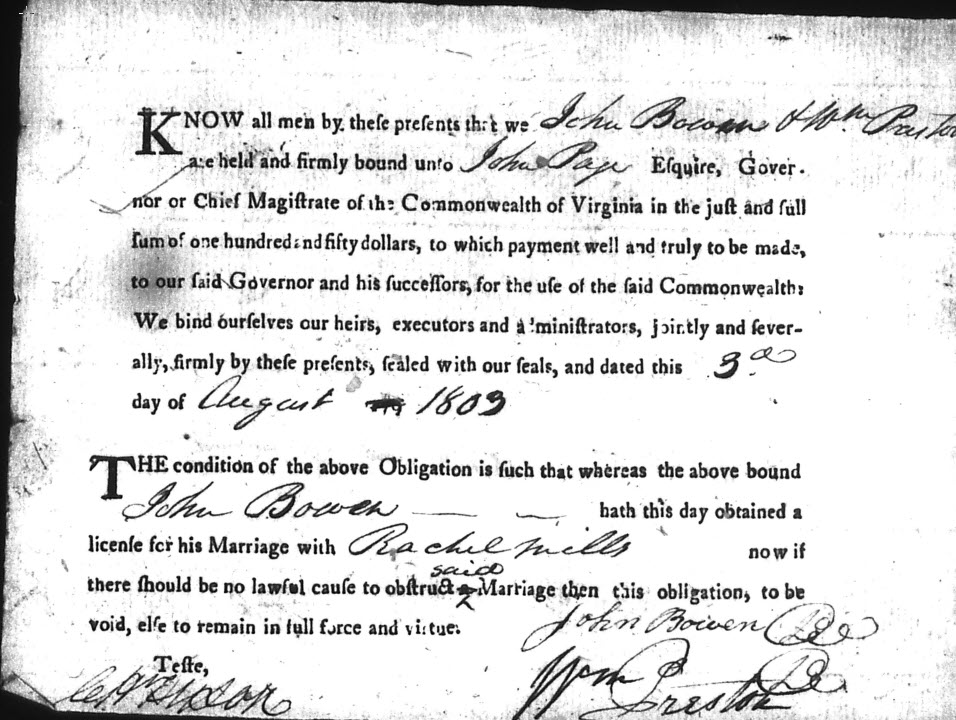 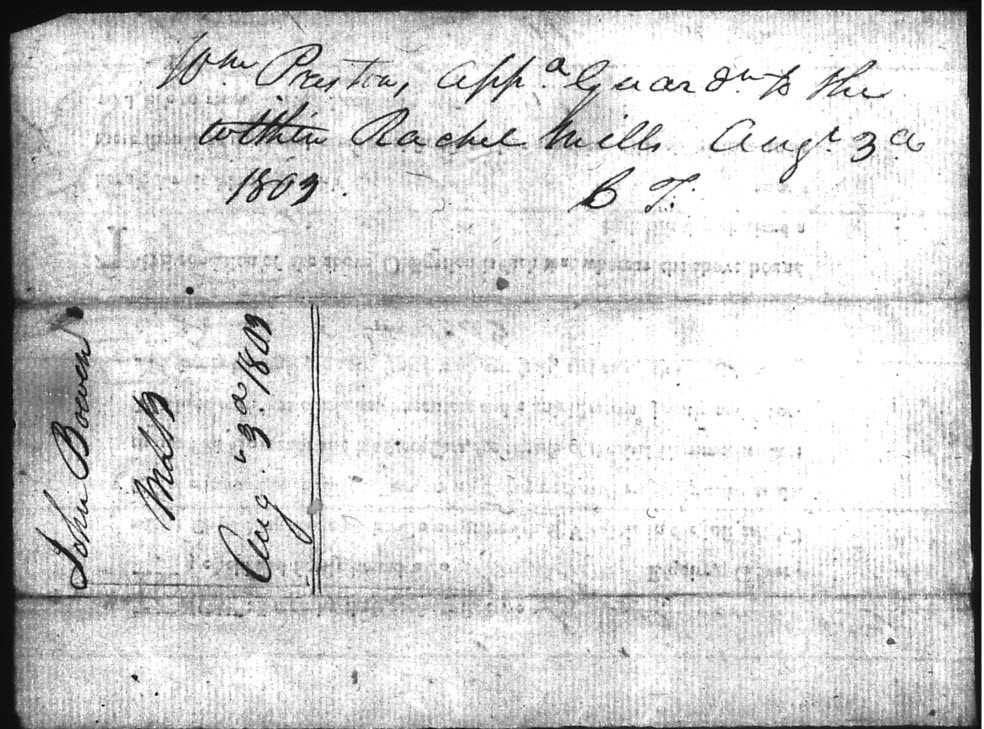 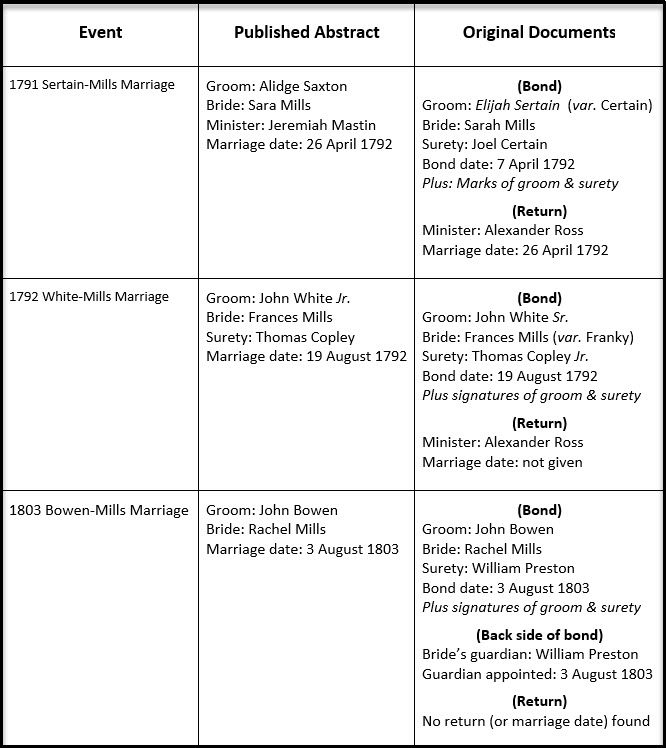 It's an interesting situation: three female marriages in a county for which the concurrent tax rolls place no male of that surname. Were they kin—perhaps sisters, or a mother and her daughters—or three "stray" females of a common surname who just happened to end up in the county?  What similarities, incongruities, or clues do you see?