A Basic Vocabulary for Historical Research 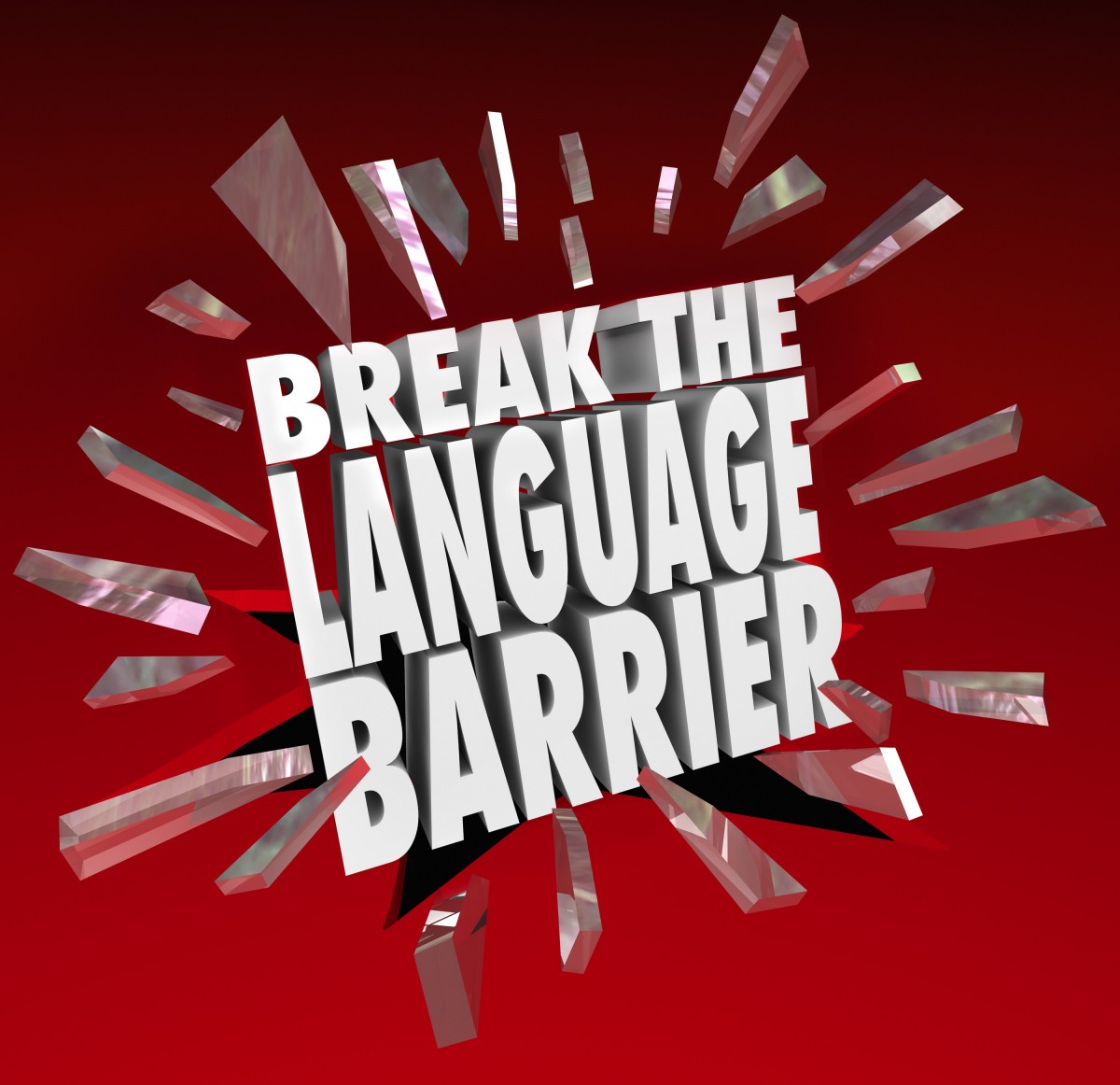 Every field has its distinctive vocabulary. The word "document," for example, evokes a quite-different expectation in the mind of one who does historical research vis à vis, say, a software architect. The following basic vocabulary is a sampling of many such terms defined in EE's glossary (pp. 819–30, all editions).

analysis: the process of examining evidence. For students of history, this typically involves (a) studying individual pieces of data for inherent clues, strengths, and weaknesses; (b) correlating details from different sources in search of patterns; and (c) determining whether the whole body of evidence amounts to more than the sum of the individual parts.

assertion: a claim or statement of “fact.”

authored work: a new and original narrative; in historical research, typically a work created by someone who studies many records and the relevant works of many other authors, drawing from this study a synthesis of knowledge on the subject and a set of personal conclusions. In this sense, an "authored" work is not to be confused with a compiled work (q.v.)

best evidence: an original record or records of the best and highest quality that survives. At law and in history research, a derivative record (q.v.) is rarely considered sufficient for documentation when an original—or a derivative closer to the original form—exists.

bibliography: a list of sources relevant to the subject at hand, citing each source in full. An annotated bibliography is one that discusses the sources in addition to providing full citations. A bibliography typically does not cite individual manuscripts or documents; rather, it cites a collection or series in which the manuscript appears. Also see source list.

citation: the statement in which one identifies the source of an assertion. Common forms of citations are source list entries (bibliographic entries), reference notes (endnotes or footnotes), and document labels.

(to) cite: the act of identifying a source or sources that support an assertion—not to be confused with the words site (as in website) or sight (as in eyesight).

claim: an assertion for which no evidence is supplied or else the evidence is insufficient or not yet adjudged.

compiled work: an aggregation of data, historical "facts," abstracted records, and similar raw materials, presented without an effort to form historical conclusions of the type that characterize an authored work (q.v.)

conclusion: a decision. To be reliable, it must be based on well-reasoned and thoroughly documented evidence gleaned from sound and reasonably exhaustive research.

confirm: to test the accuracy of an assertion or conclusion by (a) consulting at least one other source that is both independently created and authoritative; and (b) finding agreement or compatibility between them.

correlate: to compare and contrast separate items in order to identify conflicts and agreements between them and to define patterns and relationships.

(to) document—verb: to supply reliable evidence in support of an assertion.

discursive note: a reference note, keyed to text, that discusses tangential matters related in some way to the narrative but not directly on topic.

document label: a citation (q.v.) of source placed upon or appended to a document.

endnote: a reference note (q.v.) that is placed at the end of an essay, chapter, book, or other piece of writing.

fact: a presumed reality—an event, circumstance, or other detail that is considered to have happened or to be true. In historical research, it is difficult to establish actual truths; therefore, the validity of any stated “fact” rests upon the quality of the evidence presented to support it.

factoid: a “fact” that is fictitious or unsubstantiated but repeatedly asserted to promote its acceptance.

folio: a large sheet of paper folded to make leaves or pages for a book—usually four pages or multiples of four.

independent source: an original source (q.v.); one that did not take its information from any other. Researchers try to verify information by finding other independent (original) sources that report the same.

indirect evidence: relevant information or assertions that do not explicitly address the research problem but can be coupled with other evidence to suggest an answer or build a case to resolve the problem.

inference: a “fact” deduced from information that implies something it does not state outright.

manuscript: a piece of writing in its native, unpublished state. Derived from the Latin meaning written by hand, the term is also applied in modern times to typed but unpublished copies.

monographs: a scholarly piece of writing on a specific (and often narrow) subject, typically book-length.

negative evidence: the absence of a situation that should happen under a given set of circumstances.

original record: a source that is still in its first recorded or uttered form. The term is also more loosely applied to image copies of an original record when produced by an authoritative or reliable agency—as with microfilm or digital copies produced to preserve the originals or to provide wider access to them.

primary information: a statement made or details provided by someone with firsthand knowledge of the facts he or she asserted. See also secondary information.

proof: a conclusion backed by thorough research, sound analysis, and reliable evidence. It may be expressed as a citation (in extremely simple cases), a proof summary (a set of citations), or a proof argument (an essay that develops the evidence, both pro and con, with documentation).

reference note: a citation (q.v.) or comment placed at the bottom of a page or at the end of a piece of writing and keyed to a particular statement in the text; its purpose is to identify and/or discuss the source of the specific statement made in the text.

record: an authoritative document created by a civil or religious agency. It may be a standalone document (loose sheets, unbound) or it may be recorded in an official register. Within historical research, the term a record typically refers to the entire document, not to individual assertions extracted from the document and stripped of the context that can be gleaned by studying the whole.

repository: an archive, government office, library, or other facility where research materials are held; in the case of privately held material, it is typically a personal residence. In a virtual sense, the internet is a repository, while individual websites are publications.

secondary information: Details provided by someone with only secondhand (hearsay) knowledge of the facts. The term secondary is also generically used for tertiary (thirdhand) and other levels of knowledge even further removed from the original source.

source: an artifact, book, document, film, person, recording, website, etc., from which information is obtained. A source is broadly classified as either an original record (q.v.) a derivative record  (q.v.), or an authored work (q.v.), depending upon its physical form.

source list: a bibliography or list of sources used for an essay or in a research project; typically but not always arranged in alphabetical order.

speculation: an opinion unsupported by evidence.

subsequent (or short) reference note: an abridged identification of a source that is used to conserve space, once a source has been cited in full in the first reference note (q.v.)

Small typo at: "A sources is broadly", under "Source".

Thank you, Tony, for catching

Thank you, Tony, for catching the typo. It's now fixed.

How about adding your defintion of "evidence"!

Tom, my thought, in not including the term evidence and its various subtypes, was to treat them separately in a future posting. But if it will serve you here, I certainly won't be at a loss for other things to write about.

Today's posting is now amended to include the most critical evidentiary terms. The added note that describes the amendation also links to a QuickLesson that goes into much more detail on the classes of evidence. As you probably know also, the glossary to EE offers definitions of many other terms used in historical research—terms relating not only to principles and practices but also source types.

There's a nice section on the difference between sources, information, and evidence at: https://www.evidenceexplained.com/content/sources-information-evidence.

I particularly like the language in that section since it's more concrete, but is it entirely in-keeping with the glossary presented here? I can't think of a specific issue but the description of evidence & information appears, superficially at least, to be quite different.

Tony, the two are "different"

Tony, the two are "different" in one regard: that response to Carul's question goes into much greater detail. A short dictionary definition never tells us as much as an encyclopedia entry (or a forum answer that's encyclopedic in length <g>).