Oh, joy! Testing Company XYZ has just posted a new match for me! It confirms just what I thought! He and I both descend from Will Whoozit and his wife Alice!

Earlier this week, a cautious researcher posed a question. 'How do we evaluate DNA using those two basic research tools—the Evidence Analysis Map and the Genealogical Proof Standard—with regard to the match and the most recent common ancestor (MRCA)?'

In response, our last four postings have examined four things:

According to the Evidence Analysis Map, these three paths converge at the point we call "proof."

So what is proof when we’re using DNA to prove an MRCA?

To answer that question, we need a lot more space than one Facebook posting allows. I’ll start that conversation with three points we can build on.

Proof using DNA has the same core requirements as proof using any other type of evidence.

Proof for any genealogical assertion requires us to meet the five criteria of the GPS—i.e.,

Proving an MRCA actually involves much more than just the testers and the MRCA. Let’s take a common scenario to start this conversation:

Ann, Bob, and Carla have a 35 centiMorgan match on chromosome 9. It’s not just a case of Ann matching Bob and Bob matching Carla. An in-common-with tool confirms they all share that same segment. And they all have Whoozits in their family tree: 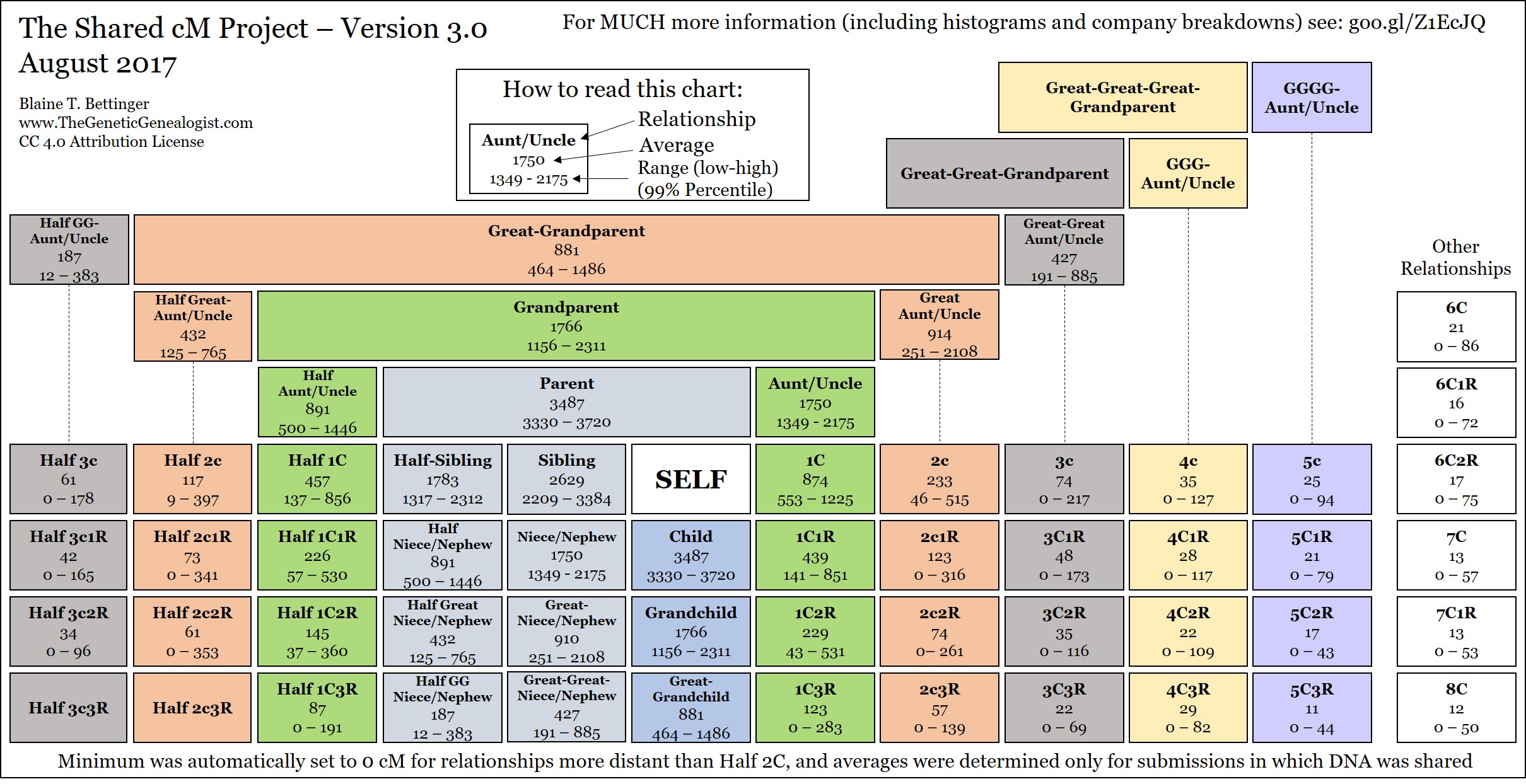 Using Blaine Bettinger’s Shared cM Project Chart v3.0, Ann, Bob, and Carla see that a 35 centiMorgan match falls within the range for a number of different relationships—but it’s the average for 4th cousins (4C) or third-cousins twice removed (3C2R). According to Ann and Bob’s paper-trail tree, their MRCA is their 3d g-gf Will Whoozit. That makes them 4th cousins. Will Whoozit also had a daughter Mary for whom nothing is known.

Ann, Bob, and Carla are ecstatic. Carla’s Mary fits right into the family, making Carla a 3C1R to Ann and Bob. That falls within the parameters of the Shared cM Chart, which attributes to 3C1R a range of 0-173 cM, with an average of 48.

Can Ann, Bob, and Carla say that DNA has confirmed or proved their common descent from Will Whoozit and his wife Alice?

Given that they’ve used both paper-trail evidence and DNA evidence, does their conclusion meet the GPS?

Tomorrow, we'll provide our own answers to these questions.